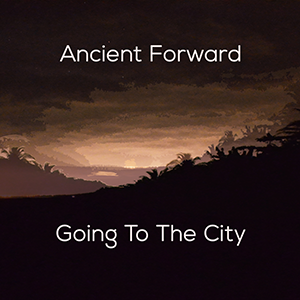 About Going To The City:

Hi folks,
I'm excited to share this track with you all. This is a song I wrote several years ago-after moving back from Zimbabwe in 2001. The song is a story of a boy entering manhood in the rural areas of Zimbabwe. He decides (like most boys his age) to move to the city to make a living. As he says in the song "He heard that if you ask a city kid where milk comes from, he'd say 'a bottle'...This would be easy".

Coming to the city ended up not being easy. He looked around the city in Harare and saw the oppression and suffering of his people. He saw how the Coca Cola factories would put people to work and then not pay them. And if you complained, you would be blacklisted from any other factory job.

Meanwhile, in Zimbabwe AIDS (called 'Chiwere' was ravaging the country.). In the song, (and in real life), the city parks outside of Harare were taken and used as cemeteries. "Chiwere Chakauya" : "AIDS has come to Zimbabwe". All these things-like aids and colonial multinational corporations paying people next to nothing...were the things he saw in the city of Harare. These are all things we often don't equate to international politics. That's what this song is about.

This was recorded in 2002 in Santa Fe in my friend Jamie Cobbs old office. We set up in this beautiful old house and tracked the mbira and drumset there. Dan Pauli was playing the mbira. I tracked the guitar, and alyson Steiman (of Wagogo fame) tracked the bass guitar. The drummer-Ben Yohai (sp) and Dan's wife at the time, Carrie sang the backing vocals. This was mastered here in Austin a couple months back at Terra Nova studios. I hope you like it!

This is a Shona proverb. Literally, it says at the foot of the mountain, you should not misbehave.
Sitting under the old people, the Nhungunura weed grows.

What that means is that by not misbehaving, we don't need to be always running around and correcting our misdeeds...we can relax. The old people are relaxed so much that the weeds are able to grow around their feet.

And even the birds up in the sky
They don't know which way to fly.

So he took his crop and he walked on down the mountain.
Smooting into the hills and it turns into the valley.

It was a three day journey let by the lights of the city.
Never once turn back because you might just change your mind.

They say if you ask a city kid where milk comes from
He'd say a bottle.
Ah, this would be easy.

And the factories between Harare and Chi-town
Take the people-work them to the ground.
There's nothing promised and nothing gained.

Song Title: Going To The City